Literature and the Arts

in Theory and Practice

Literature and the Arts in Theory and Practice

International Conference at the Department of English, Stockholm University

Ever since the emergence of the modern marketplace for cultural goods, literary texts and art works have, on occasion, defied the expectations of its readers and audience, affronted their moral ethos, or flaunted a disregard for their sensibilities and norms. The potential power of art to disrupt the perceptions of its audience was foregrounded in the critical discourse of the modernists and the historical avant-garde and this possibility continues to animate critical debates, particularly those organized around some understanding of autonomy. With the all but complete commodification of every artistic and literary practice, it is more urgent than ever to pose the question whether we can still presume autonomy.

The four-day conference seeks to bring together researchers from a range of disciplines to assess, from the perspective of the present, the historical trajectory of autonomy as it has been conceptualized, recognized, assumed, deployed, and questioned by critics and practitioners of art, and to explore artistic, philosophical, cultural, and institutional negotiations of art as embedded in and entangled with the multiple heteronomies of market, state, religion, education… (a list that cannot be complete). As there are important intersections between various definitions of autonomy as well as artistic practices, several methodological and thematic strands will be brought together in four streams:

–Autonomy and the Avant-garde

–Autonomy and the body

The conference organizers invite contributions that address the issues indicated in the rubrics above. You can choose either to earmark your abstract for one of the streams, or send it in for general consideration. The list below can be taken to indicate the scope of those particular and general concerns, while not necessarily restricting the possibilities. Proposals for presentations should address the problematics of autonomy in relation to one or several of the following thematic headings:

•aesthetic codings of the modern: myths, styles, temporalities, and techniques

•the architecture of thought

•the debate between activist and normative formalisms

•education, the university: formation, reproduction and defense of autonomy

•the state as the source of autonomy or heteronomy

Please submit your paper abstract (about 500 words) and a brief biographical note either by email to autonomy@english.su.se or click PROPOSAL SUBMISSION for online submission. NB! The deadline for submissions has been extend until January 5, 2016. 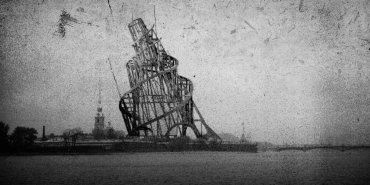